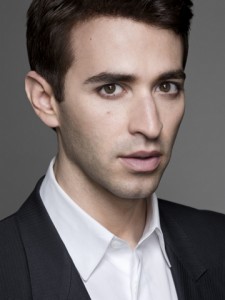 Henri Duparc was, with Berlioz and Fauré, among the pioneers of la mélodie (the French art song, as distinguished from folk song). His career was remarkable in that although he lived for 85 years, his reputation rests on barely more than a dozen songs. “Chanson triste” was Duparc’s first song, written at the age of twenty and published with four others as his Op. 2 in 1868.  It displays the quintessentially Gallic qualities of elegance, charm, sensitivity and polish. It also engages our imagination in a melancholic, yearning clair de lune setting of a text by the Symbolist poet Jean Lahor. “L’Invitation au voyage” takes for its text the famous Baudelaire poem of the same title. The poet’s dream world steeped in drugs, the atmosphere suffused with orientalism, and the imaginary voyage of the mind, were captured to perfection by Duparc in this masterpiece of ambiguous harmonies, unstable rhythms, sensuous imagery and vague meaning. In “Phidylé” Wagnerian chromaticism is much in evidence, as is the continuous development of melodic cells, the atmosphere of vague longing, an almost Tristanesque sensuality and rise to an ecstatic climax.

Few composers have captured in music the spirit and essence of their homeland with the vividness and poignancy as has Benjamin Britten. One of the many manifestations of Britten’s “English-ness” is found in settings of his country’s folksongs. “The Ploughboy,” in Britten’s arrangement of a tune by the English composer William Shield (1748-1829), takes a humorous, even cynical view of social advancement in the late eighteenth century. The text of “The ash grove” is a reflection on meetings with a deceased beloved, set to a well-known Welsh tune. “The foggy, foggy dew” exists in numerous versions, and has acquired something of a reputation for its bawdy text. Burl Ives was jailed for singing it in public in Utah, and the BBC had restrictions on broadcasting it. And just what is the “foggy, foggy dew”? That’s open to interpretation!

The enormously prolific and versatile Franz Liszt, though best known for his orchestral and piano music, also wrote more than eighty songs in six languages. Freedom of form and advanced harmony are commonly found in these songs, many of which he revised two, three or even four times, sometimes turning them into keyboard transcriptions as well. Although Liszt is usually billed as a Hungarian, he never spoke this language well, and the language he set most often in songs was German.

Liszt’s original setting of Heine’s poem “Im Rhein, im schönen Strome” (In the Rhine, the beauteous stream) depicted a river bursting with energy. The revised, commonly heard version is more subtle, portraying a gently flowing body of water. “In Liebeslust” (In love’s delight), set to a poem by Liszt’s close friend Hoffmann von Fallersleben, is a song so taken with love that the immortal words “Ich liebe dich” are emphatically sung nine times in three groups in three different manners. “Über allen Gipfeln ist Ruh” (Peace reigns on every peak) is a setting of one of Goethe’s most famous poems (“Wandrers Nachtlied II”), one that has inspired dozens of composers, including Schubert and Schumann. Liszt’s song presents a picture of almost unearthly stillness. The lovely song about religious love, “Hohe Liebe” (Exalted love), to a text by Ludwig Uhland, also exists in a more extended version as the first of the three Liebesträume for solo piano. “Ihr Glocken von Marling” (Ye Bells of Marling) is a late song (1874). The bells of Emil Kuh’s poem are evoked in impressionistic, almost mystical terms in Liszt’s gently pulsing music.

Just after the fourteen-year-old Wolfgang Amadeus Mozart arrived in Milan in February of 1770, he was commissioned to write his first full-length opera seria, which was premiered that December. Mitridate, rè di Ponto was a great success, receiving 22 consecutive performances, but then dropped from sight until it was revived in Salzburg in 1971.The plot focuses on the love triangle between Aspasia, betrothed to King Mithradates of Pontus (a region on the Black Sea, now part of Turkey) and his two sons Sifare and Farnace. In his first aria of the opera, Farnace resolves to back the Roman contingent in the city and to challenge his father’s political position. It is a thrilling aria of substantial dimensions (over seven minutes in length), shot through with fortitude and steely determination.

Georg Friedrich Handel composed an enormous amount of music, including more than forty operas. With each of these productions containing an average of 25 arias, simple arithmetic gives us the astounding figure of well over 1,000 arias just for this body of music alone. Giulio Cesare (1724) was enormously successful and, along with Rinaldo, remains Handel’s most frequently performed opera today. The story takes place in Egypt in 48 B.C. at the time of the Roman campaign led by Caesar. By the beginning of Act III, Caesar is presumed drowned, but miraculously he survives. Drawing himself up on the shore, he bemoans his fate, the disappearance of his troops and the loss of his beloved Cleopatra in an aria of touching simplicity. The plot of Flavio (1723) deftly combines elements of the comic and the tragic. Guido’s Act II rage aria, “Rompo i lacci”, written for the famed castrato Senesino, races along at a breathless pace and features a number of melismas, two of which go on for an extraordinary 49 notes (a melisma is a string of notes sung to a single syllable). The plot of Amadigi (1715) involves a complicated love quadrangle. The men Amadigi and Dardano are both in love with Oriana (who loves only Amadigi), while the sorceress Melissa is also in love with Amadigi. In Act II, Dardano (a castrato role), despairing of ever winning Melissa for himself, sings his magnificent aria “Pena tiranna” to the sarabande rhythm (long-long, [breath], short long-long, [breath], etc.)

It is surely symbolic that George Gershwin was born on one shore of America (Brooklyn) and died on the other (Hollywood), for his music has been played, embraced, loved and cherished as has that of virtually no other composer the United States has ever produced. His output of over 500 songs, many of them written to lyrics by his older brother Ira, nearly equals Schubert’s in size. “I Got Rhythm” and “Sam and Delilah” both come from the musical comedy Girl Crazy (1930), whose story takes place in America’s Wild West. What made audiences crazy about Girl Crazy was a young newcomer in the cast, Ethel Merman, an actress “whose personality swept through the theater like a tropical cyclone,” as one critic put it. These two songs belonged to her. “Embraceable You” is one of Gershwin’s most irresistibly seductive songs, but probably the one that more people know than any other is “Summertime”, the languorous lullaby Clara sings to her infant shortly after the curtain goes up on the opera Porgy and Bess (1935).