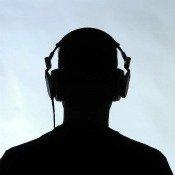 Over the past few weeks we asked our readers for their favourite recordings, performers and repertoire. We received many responses.

The latter work received a second suggestion with the “authentic, ethereal, definitive” recording by Wanda Landowska, and, as an alternative to the Goldberg Variations, another listener suggested Angela Hewitt’s Well-Tempered Clavier Book 1 and 2.

Mozart also got a nod with the third violin concerto played by the “WONDERFUL and Canadian” James Ehnes. This listener added, “I can’t decide which movement I love best!”

Another listener added Helene Grimaud’s new Mozart album, which debuted at #1 on the Billboard Classical Traditional Chart in the US, and made it into the iTunes 10 top classical albums in the US, France and Germany.

Taking a different approach, one respondent samples “the spectrum of Jupiters [as an example] from the great number of conductors who’ve taken a stab at it. Classical Archives is a great place to try these out without buying every disc.”

On the pop end of the spectrum we received recommendations for Billy Joel’s Fantasy and Delusion performed by pianist Richard Joo, Iggy Pop’s album The Idiot, Annie Lennox’s album Bare, and Deva Premal’s The Essence (“a great restorer of peace and balance”).

So, there you have it: a fantastic and varied listening list. Thank you to everyone who participated in our competition… and congratulations to Robin Bajer the winner of our six autographed CDs and DVDs.