When I was a boy my father would sing me to sleep every night. And when he went away on business trips, my mother sang to me at night instead.

Now, my mother, whom I love dearly (98 and going strong!) has many wonderful traits and abilities, including playing the piano. But singing perfectly in key isn’t one of them, and when she sang to me I cried instead of drifting off to sleep. We often laugh about it now, and thankfully, it convinced her I should take music lessons so there was a happy result.

And that beautiful memory of my father’s singing voice will always be with me.

When I moved back to Vancouver at the end of 2006 after twenty years away in New York, I went to the Chan Centre on March 23, 2007 to hear Alfred Brendel play. After so many years in the music business in New York, I had heard nearly every great artist in the world, and yet somehow had never heard Mr. Brendel perform. I confess I was a little burned out by the time we left Manhattan, and my youthful passion for music was a bit tarnished after years of managing and touring artists.

But I couldn’t miss the chance to hear one of the greatest artists of our time and an amazing thing happened as I sat listening to his awe-inspiring performance and extraordinary artistry – he called me back to myself! Mr. Brendel’s brilliance restored me, and rekindled the love of music that had been the animating force throughout my entire life. I can’t describe what a wonderful revelation that was for me.

It was an extraordinary gift. It is a VRS performance I’ll never forget, and one for which I will always be grateful to Leila Getz, the Founder and Artistic Director of this series. Leila has given each of us, and indeed this entire city, 35 years of inspirational memories.

What is your favourite VRS Memory? Please write and let me know your story. 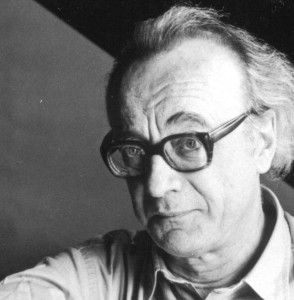 Paul Lewis is internationally recognized as one of the leading pianists of his generation. While there is perhaps no question that Lewis’ impressive talent comes from an innate musical ability, his musicianship has also been shaped by the tutelage of some of the worlds most deft and magnanimous  piano masters.

Lewis studied with Ryszard Bakst at Chethams School of Music and Joan Havill at the Guildhall School of Music and Drama, before going on to study privately with Alfred Brendel. Renowned for his masterly interpretations of the works of Haydn, Mozart, Beethoven, Schubert, Brahms and Liszt, Brendel is one of the indisputable authorities in musical life today and one of the very few living pianists whose name alone guarantees a sell-out anywhere in the world he chooses to play. The passage below summarizes Lewis’ reflections on studying Schubert under the guidance of Alfred Brendel:

“With someone like Schubert, there are many layers, many things being said at the same time, shedding different light. The tricky thing, the point, is to get the delicate balance that conveys the message – and Alfred was the master of the message.” 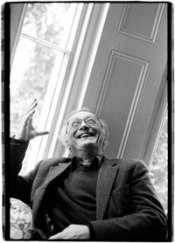 I had the privilege of presenting Alfred Brendel three times during the past ten years and each experience was memorable for a myriad of different reasons.

The first time he came to Vancouver, I remember distinctly sitting in a state of extreme nerves at YVR waiting for his plane to arrive. I so desperately wanted to have someone with me that I called the office at least three times to complain about having to go to the airport on my own.

Mr. Brendel had flown in to Vancouver two days before his concert, to check out the piano and our piano technician, and to practice on the instrument he would be playing two days later.

He is taller than I had imagined, and a true European gentleman. His terrifying demeanour dissipates when he smiles. I had heard that he had friends in Vancouver, so I said to him, “Mr. Brendel, I understand you have friends in Vancouver, so will you want to call them to make arrangements to have dinner with them?” He said “they are not in town at the moment” and before I could stop my tongue, I said “does that mean I’m stuck with you for dinner tonight?” He said, with a large grin on his face, “Yes, my dear, I’m afraid you are”.

On a subsequent visit Alfred Brendel came to our home to practice one evening. I had explained to him that we had just had our piano rebuilt and that it hadn’t yet been voiced (a very important part of the procedure). He practiced on it for about an hour and a half and when he was done, he said “your piano sounds like an unmade bed”.

It is rare to meet someone who has such a wide range of interests and knowledge. From music to wine to food to kitsch. He answers questions in great detail and never talks down. He is NEVER boring. Only fascinating. Listening to him is like reading an encyclopedia.

I would like to conclude with a quote from his fascinating book, Alfred Brendel on Music:

“What is piano playing of genius? Playing which is at once correct and bold. Its correctness tells us: that is how it has to be. Its boldness presents us with a surprising and overwhelming realization: what we had thought impossible becomes true.

Correctness can be attained by the expert. But boldness presupposes the gift of projection, which draws the audience into the orbit of one’s personality.”

To learn more about Mr. Brendel’s thoughts on music, I urge you to attend his illustrated lecture entitled Does classical music have to be entirely serious? This is a rare opportunity to experience the reflections of a truly great mind.

The lecture takes place at Roy Barnett Hall on Friday, October 21 at 8pm. Seating is limited and unreserved.  Pleasure is unrestricted.