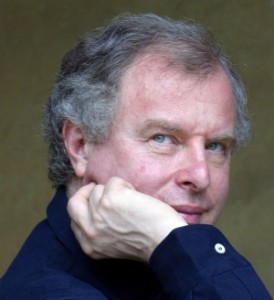 Yesterday I watched a video on the VRS YouTube channel featuring pianist Shai Wosner playing the concluding portion of Schumann’s “Carnaval”. I enjoyed it very much. As the video concluded, another video on the YouTube sidebar caught my eye: András Schiff playing the Andantino from Schubert’s Sonata in A Major, D959. I clicked on it and was transfixed and transported by the majesty and sheer magic of his playing. That video, in turn, led to another, much earlier performance of András playing the Goldberg Variations of Bach. Again, a performance so compelling that I had to immerse myself in it to the end. If you have a moment, go to the Vancouver Recital Society YouTube channel, click on the András Schiff playlist, sit back and enjoy!

I have a confession here. Along with Murray Perahia, András Schiff has been right up there on my list of most special pianists. There is something about the way that András sits, upright, and almost motionless at the keyboard as he weaves his spell. How incredibly lucky we are to be hearing him on May 14 at the Chan Centre with the equally remarkable baritone, Christian Gerhaher, and again at the Chan Centre on October 5 for the opening concert of our 12-13 Season, playing Book 1 of Bach’s “Well Tempered Klavier”. These will be concerts to linger in the memory for a lifetime.