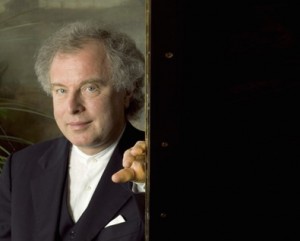 One of the monumental landmarks in the history of music, Bach’s Well-tempered Clavier (the WTC for short) has come to represent the “Old Testament” of the pianist’s repertory (Hans von Bülow) and his “daily bread” (Robert Schumann).   “For more than 250 years,” states Davitt Moroney, “Das wohltemperierte Clavier has trained the fingers of innumerable keyboard players, and has also trained the judgment of composers seeking to understand the complex relationship between creative freedom and formal discipline.”

The two books of preludes and fugues in alternately major and minor keys – twenty-four in each – were not written in sequence or as a single concerted effort. They occupied Bach across most of his creative life, from his late twenties to about sixty. He completed Book I in 1722 and Book II a generation later in 1742. The significance of the title lies in Bach’s intent to prove the practicality of adopting a new system of tuning the clavier (a generic term for keyboard instruments at the time, but referring mostly to the harpsichord), namely by means of artificially dividing the scale into twelve equal semitones, hence overriding its natural acoustic divisions into unequal semitones which produced severe problems of intonation.

A prelude can mean so many things that a single definition is impossible. As found in the WTC, each prelude is a free, improvisatory piece that examines from various angles a figuration, texture, melodic motif, rhythmic idea or some combination of these in a continuously unfolding musical discourse.

A fugue is a somewhat more complex matter. The fugue’s “subject” is announced in the opening bars in one of the fugue’s three or four voices (on rare occasions, two or even five voices are found). This subject is then stated in a second voice while the first continues with a “countersubject”. Succeeding voices are treated similarly, quickly establishing a dense contrapuntal web which continues for the duration of the fugue. Often near the end, but also at various points along the way, the composer might use the technique of “stretto,” in which the subject makes overlapping entries in each voice in quick succession. Additionally, the subject may be inverted (turned upside down), augmented (played twice or four times as slowly), or diminished (played at double or quadruple speed) at any point following its initial presentation.

The listener’s interest in a fugue lays both in following the composer’s continuous manipulation of the subject and in observing the grand design of the whole. Abbé Georg Joseph Vogler (a contemporary of Mozart) made this entirely apt observation: “The fugue is a conversation … a musical artwork where no one accompanies, no one submits, where no one plays a secondary role, but each a principal part.”

The Prelude and Fugue in C major, the portal through which we enter the Well-tempered Clavier, is technically extremely simple. Amateur pianists who can play nothing else from the WTC can play this prelude. It is seemingly nothing more than a series of gently rippled broken chords. It is “fine-spun like a spider’s web” (Cecil Gray), yet written in full-textured, five-part harmony throughout. The first great Bach scholar, Philipp Spitta, called this prelude “a piece of indescribable fascination, in which a grand and beatific melody seems to float past like the song of an angel heard in the silence of night through the murmur of trees, groves and waters.”

In contrast to the simplicity of the first prelude, the first fugue is one of the most intricate, tightly woven and masterfully constructed. There is no countersubject. Instead, Bach indulges in much stretto, using it not just at the end but also throughout the entire fugue, starting as early as the seventh bar. Only a composer (or a frustrated student) can fully appreciate just how difficult it is to fit together all the elements of a proper stretto while maintaining a continuously flowing melodic line and avoiding tedium.

At the other end of our traversal, for the final Prelude and Fugue in B minor, we would expect Bach to produce something truly exceptional, and he does not disappoint us. The prelude moves inexorably forward like a huge musical juggernaut. In form it is unique in the First Book, with each of its two sections delineated with repeat signs (not always observed in performance) in the manner common to a movement from a suite. Also unique are the performance directions. The manuscript score contains tempo indications (Andante for the prelude, Largo for the fugue) for this pair alone. The fugue is the longest in the entire First Book. Its subject is remarkable for containing every one of the twelve pitches of the chromatic scale, thus forming a fitting conclusion to a collection of pieces whose avowed intent is to demonstrate the validity of each of the twelve pitches of the chromatic scale. Moreover, there is no denying the fugue’s extreme chromaticism that looks forward to the world of Wagner’s Tristan and Parsifal. How Bach weaves the fierce power of his subject into a continuously fascinating, 75-bar tapestry of mesmerizing force is one of the miracles of Baroque music.

“To me, Bach’s music is not black and white; it’s full of colors,” writes András Schiff. “In my imagination, each tonality corresponds to a colour. The WTC … provides an ideal opportunity for this fanciful fantasy. Let’s imagine that in the beginning there was innocence and therefore C major (all white keys) is snow-white. The last piece of both books is in B minor, which is the key of death. Compare the fugue of Book I to the Kyrie of the B-minor Mass. This has to be pitch-black. Between these two poles we have all the other colors – first the yellows, oranges and ochre (between C minor and D minor), all the shades of blue (E-flat major to E minor), the greens (F major to G minor), pinks and reds (A-flat major to A minor), browns (B-flat), grey (B major) and finally black. Of course this is a very personal interpretation, and each listener may have a different opinion. Nevertheless, if some of us happen to believe that music is more than just a series of notes and sounds, then a little bit of fantasy is welcome.”