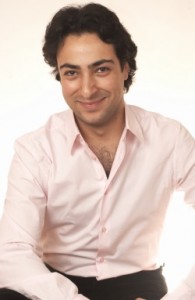 Orphaned at the age of eleven, Alessandro Stradella went on to lead one of the most colourful lives of any composer who ever lived. He was involved in Mafiaesque schemes, had a reputation for womanizing, got himself wounded by pursuing avengers, and was eventually murdered. In between all this he found time to compose. Alas, the only piece by Stradella that has his name attached to it, and that has any degree of circulation today, “Pietà, Signore” (a heart-rending plea to the Lord for mercy in suffering), was actually written by someone else,  possibly the Italian Rossini, possibly the Belgian historian-theorist-composer François Joseph Fétis, or possibly the Swiss-born composer and pedagogue Louis Niedermeyer.

The recitative and aria from Handel’s light and elegant opera Serse (or Xerxes, London, 1738), “Frondi tenere e belle … Ombra mai fù,” is not only the most famous number from Serse, but it may well be the most famous vocal number from any of Handel’s forty-plus operas. In mock-heroic terms, Xerxes, King of Persia addresses an affectionate tribute to the foliage of a plane-tree in the garden of his residence at Abydos, located on the southern shore of the Hellespont.

Antonio Cesti’s life was scarcely less tumultuous than Stradella’s. Like Vivaldi, he trained for the priesthood. However, he couldn’t keep his hands off the ladies, and in 1658 got himself released from his vows. Rumour has it that he died by poisoning. Most of his output was for voice, and his magnum opus was the huge, five-act, 24-scene opera Il pomo d’oro (The Golden Apple), produced in 1667 on the occasion of a royal wedding.

“Si mantiene il mio amor” is a dolorous aria from Cesti’s first opera Alessando, vincitor di se stesso (Venice, 1651). It is sung by Efestione, a general in the army of Alexander the Great. Efestione is in love with Campaspe, but he has been promised to Alexander’s sister Cina, and he dares not risk offending the powerful Alexander. “My love survives on pain, sorrow and distress,” he sings. “I love, even without hope.”

While many other composers of the mid-twentieth century were jumping on bandwagons, afraid to be left behind by the latest fad, ism or experiment, Samuel Barber remained true to his inner conviction of writing music founded on tonal centers, emotional expression and traditional values. His music breathes lyricism, heartfelt emotions, nostalgia, and, in some cases, highly dramatic gestures.

“Throughout his life, Barber was never without a volume or two of poetry at his bedside,” writes pianist John Browning. “Poetry was as necessary to his existence as oxygen.”  The Mélodies passagères (1950-51) are settings of poems by Rainer Maria Rilke and constitute the only songs Barber set to verses in a foreign language. They were first performed in Paris in 1952 by two of France’s preeminent musicians, baritone Pierre Bernac and composer Francis Poulenc, who also recorded the songs. Barbara Heyman, in her monograph on Barber, observes that the Mélodies passagères are close in style to the French art song “not merely because of the texts, but primarily because of their semi-parlando vocal lines, fluid piano accompaniments marked with gentle syncopations, and expanded tonal language.” The haunting “Un cygne” (A Swan), third of the five Mélodies passagères, is imbued with the gliding quality we associate with this bird, but also with a pervasive darkness and gloom. The meaning of the text, like that of the other “passing melodies,” is enigmatic, even elusive: “A swan moves over the water surrounded by itself… a whole moving space. And draws near, doubled … on our troubled soul.”

Francis Poulenc was unquestionably one of the greatest composers of mélodies in the twentieth century. Numbering nearly 150, they were written across a 42-year span, Poulenc’s entire adult life. For the most part the songs are tonal, tuneful, concise, and use texts from some of the best French poets of the twentieth century, among them Guillaume Apollinaire, Jean Cocteau, Paul Éluard and Max Jacob. For the Chansons gaillardes (1925-1926), however, he turned to anonymous texts from the seventeenth century. They deal mostly with earthy, even risqué subjects in an often satirical, playful or flippant manner. Even the songs about death and fate do not take themselves very seriously. The first is about a fickle mistress, the second is probably the most lugubrious drinking song ever written, the third a paean to a beautiful girl, the fourth a promise to love forever (subject to the will of the Fates!), the fifth a salacious comparison between wine and women, the sixth a variant of poet Robert Herrick’s admonition “Gather ye rosebuds while ye may” (the most lyrical of the songs), the seventh an exuberant recommendation to remain single and never marry, and the last praise for womanly charms.

The great French baritone Pierre Bernac gave the first performance on May 2, 1926 with the composer at the piano. As Poulenc was a highly accomplished pianist, he wrote lively parts for his instrument.

Korngold’s middle name was well chosen (he added it himself), for in precocity and fluency, he rivaled his namesake of years before, Mozart. He wrote his first major orchestral work at fourteen (premiered by that titan of the podium, Arthur Nikisch, with the Leipzig Gewandhaus Orchestra) and two one-act operas at eighteen (premiered by Bruno Walter at the Munich State Opera). Korngold was not yet 24 when his full-length opera Die tote Stadt (The Dead City) was first heard on December 4, 1920. Initially, the opera was so popular that some eighty theaters produced it.

Die tote Stadt is adapted from Georges Rodenbach’s novel Bruges – la Morte (1892), a dream-tale suffused with images of death and decay, and descriptions of a sleepy, stagnant, deserted city. Paul imagines that the young dancer he has met (Marietta) is actually the re-embodiment of his late wife Maria. The acting troupe of which Marietta is a member shows up in Act II. Among them is the character Fritz, who plays the role of Pierrot in the troupe. Marietta asks him for an impromptu song, one that “makes you dance and sway, dream sweetly in the moonlight’s ray, a song that lures and beguiles.” The music Korngold wrote for Fritz fulfills these demands perfectly. Further, the words to his song (“My yearning, my dreaming, returns to the past, the days of young love …”) allude to Paul’s own situation vis-à-vis Marie and her stand-in, Marietta.

Die Zauberflöte (The Magic Flute) was Mozart’s last opera, premiered on September 30, 1791 just a few weeks before his death. Virtually unique in the annals of opera, it combines low camp with high morals, the comic and the serious, the ridiculous and the sublime, plus generous doses of mischief, satire, theatrical effects, Egyptology and Masonic symbolism in a work of unsurpassed genius. The aria we hear tonight comes from near the end of the opera. The birdcatcher Papageno, one of the flightiest yet most likeable characters in all opera, is at the end of his rope – literally. He has despaired of ever finding a sweetheart and is about to hang himself. He thought he had found one in Papagena, but no, he’s been stood up. Or so he thinks. All turns out right just after his “suicide aria” ends.

Tchaikovsky’s approach to opera was highly personal. He tended to avoid spectacular battle scenes, marches, exotic locales, large contingents of supernumeraries and other trappings of “grand” opera. “Give me a subject in which the human element will predominate: love, jealousy, ambition,” he wrote.  I search for powerful, yet intimate drama, based on a conflict of situations which I have experienced and that I feel.” These words offer a custom-made prescription for Eugene Onegin (1879), Tchaikovsky’s fifth completed opera and the best known. It received its first professional production on January 23, 1881 (a student production had been given two years earlier).

Tatiana is in love with Onegin, to whom she pours out her feelings in a long and famous letter. But the next time they meet, Onegin advises her that he is not the marrying type; he is not even the type for warm affection. It is best that she know this now, he tells her, before any more emotional damage is done. The story comes from Pushkin, but it fit Tchaikovsky’s own life to a T. If ever there were a case of art mirroring life, this is it, for less than two months earlier, the composer had found himself in a very similar situation.

Tchaikovsky wrote more than one hundred songs spread more or less evenly across his entire creative life, but only a few are well known. In these songs, writes his biographer David Brown, “Tchaikovsky probed directly into the human soul to expose its desires and passions, its joys and sorrows, its tenderness and its vulnerability. … he favoured verses concerned with strong, personal feeling.”

The Op. 38 songs were published in 1878, the year of the Violin Concerto. “Amid the Din of a Ball,” set to a poem of Alexis Tolstoy, is steeped in nostalgia and is one of Tchaikovsky’s most popular. A young man reflects wistfully on the vision of a beautiful woman he spies in a crowded ballroom. Set to the waltz rhythm, the image calls to mind similar scenes in Berlioz’ Symphonie fantastique (also a waltz), and Roméo et Juliette.

“Why?” comes from Tchaikovsky’s first set of published songs, Op. 6 (1875), which also includes his most famous, “None but the lonely heart.” Set to a poem of Heinrich Heine, it asks eight questions, each beginning with the same word and inquiring about some aspect of nature. The music moves forward relentlessly, culminating in a fortississimo outburst of anguish for the final question, “Why … did you forget me?” The piano postlude suggests resignation.

In “Don Juan’s Serenade,” another A. Tolstoy setting, we find the same lilting metre that Don Giovanni used in his serenade in Mozart’s opera (Tchaikovsky adored Mozart), but in place of suavity and elegance we find in Tchaikovsky the Don’s legendary arrogance and bluster. There is no mistaking the piano’s imitation of a furiously strummed guitar.

Like Vaughan Williams, Moreno Torroba has a non-hyphenated surname, though one sometimes sees it also spelled with the hyphen. Moreno Torroba made his fame, both as a composer and a conductor, mostly through music for guitar and through zarzuela, the traditional Spanish version of comic opera. He is credited with a large role in making zarzuela known to international audiences, but he also wrote serious operas, of which the last, El Poeta, written in 1980 at the age of 89, starred Plácido Domingo in the title role.

The aria “Amor, vida de mi vida” (Love, Life of My Life) comes from the zarzuela Maravilla, premiered in Madrid in 1941. The story involves the classic love triangle with a complication from a family member: Raphael loves Elvira, who is having an affair with Faustino, who is the manager of Elvira’s mother Marvilla, who is an opera singer who will be Raphael’s partner in the next production. Such is the fame of Rapheal’s poignant aria that it turned up in Three Tenors concerts, sung by Domingo.

Great operatic comedies are far less plentiful than operatic tragedies. The Barber of Seville (1816) indubitably stands at the very pinnacle of this small repertory, and year after year ranks as one of the Top Ten most frequently performed operas of any kind, not surprisingly in view of its irrepressible high spirits, rich humor and wealth of great tunes. The barber of the title is Figaro, the same Figaro as in Mozart’s opera. Here he is about ten years younger and not yet employed as a servant in a royal household. His role, which he hugely enjoys, is the crafty, resourceful, clever citizen of Seville ever-ready to assist anyone and everyone with anything. Figaro is fully aware of his popular standing in the community, and shows no inhibitions in boasting about it. This he does in his enormously exuberant entrance aria, “Largo al factotum” (I’m the factotum).