Winner of the 2017 Concours Musical International de Montréal piano edition, and a recipient of a Borletti- Buitoni Trust Fellowship, Hungarian pianist Zoltán Fejérvári has appeared in recitals throughout Europe and the US. Zoltán made a big impression when he performed on this series two seasons ago with cellist István Várdai. We’re very excited to welcome him back to Vancouver!

The Castalian String Quartet is rapidly emerging as an exciting voice on the international chamber music scene. In 2018, the Quartet received the prestigious inaugural Merito String Quartet Award & Valentin Erben Prize, and won a pretigious Borletti-Buitoni Trust Fellowship Award. Previous awards include 3rd Prize at the 2016 Banff International String Quartet Competition and 1st Prize at the 2015 Lyon Chamber Music Competition. The Quartet was selected for respresentation by YCAT (Young Classical Artists Trust) in 2016.

“The Castalian Quartet makes the simplest things we hear into the most important things we could ever want to hear.” — The Calgary Herald 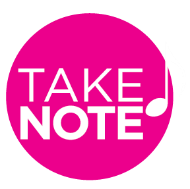 Acclaimed for her rich voice, expansive range and dynamic stage presence, this Irish mezzo-soprano enjoys an ever-growing international career on opera, orchestral and recital stages. With a wide repertoire that includes Bellini, Dvořák, Gounod, Mozart, Puccini, Rossini, Strauss and Verdi, as well as contemporary composers, in recent seasons she has sung two world premieres, made her US opera debut, numerous role debuts, and successfully toured North America three times.Tara made her Canadian debut on our series in April 2013, and we’re delighted to welcome her back to Vancouver with James Baillieu, the leader of the next generation of vocal accompanists.

“Erraught delivered an ultra-flashy rendition of Dopo notte from Ariodante, then the famous, exquisite Lascia ch’io pianga from Rinaldo. Her lithe virtuosity unleashed, the recital went into overdrive, ending, at least officially, with a hilarious rendering of Una voce poco fa from Rossini’s The Barber of Seville. …In all, this was a convincing demonstration that, once again, Vancouver audiences have heard a true rising star…” — The Vancouver Sun (April 25, 2013)

What does a 17-year old cellist from Nottingham do when he is named the 2016 BBC Musician of the Year, is signed to an exclusive recording contract with Decca, and is given the use, on permanent loan, of a 400-year old Antonius and Hieronymus Amati cello? He makes his Canadian debut for the Vancouver Recital Society of course! Sheku comes from a family which includes six siblings – all musicians. He will be accompanied by his sister Isata.

“Sheku is an astonishingly gifted young musician with incredible energy and a burning passion for his music.” — Dr. Alexander Buhr, Managing Director of Decca Classics

The Verona Quartet was the winner of the 2015 Concert Artists Guild Competition, and in just three years, has earned a stellar reputation for delivering a “sensational, powerhouse performance” (Classical Voice America) every time they take the stage.  Musical America selected the group as “New Artists of the Month” for May 2016, further setting the Verona Quartet apart as one of the most compelling young quartets in chamber music.

The quartet has performed across four continents in venues such as Wigmore Hall, Izumi Hall, the Melbourne Recital Hall, Carnegie Hall and the John F. Kennedy Center for the Performing Arts. They have also appeared on National Public Radio, The Weekly Special on PBS, and Abu Dhabi Classical FM.

Recipient of a 2014 Borletti-Buitoni Trust Fellowship, a 2012 Avery Fisher Career Grant, and a 2012 London Music Masters Award, Benjamin Beilman is one of his generation’s fastest rising stars.

“Mr. Beilman’s handsome technique, burnished sound and quiet confidence showed why he has come so far so fast” – The New York Times

Concert sponsor: The Board of Directors of the Vancouver Recital Society

Twenty-four year old Dutch cellist Harriet Krijgh is one of today’s most exciting and promising young cellists. Harriet was chosen for the “Rising Stars” series of the European Concert Hall Organisation (ECHO) in the 2015-16 Season, having been nominated by the Musikverein Vienna and the Konzerthaus Vienna.

“Recording three solo CDs before you are 23 is no mean achievement, but then Harriet Krijgh, with a whole string of competition triumphs behind her, looks set to become something extraordinary.” – The Strad Magazine

The opportunity to present a combination of the “young American quartet of the moment” with the brilliant young Israeli mandolinist Avi Avital was one we couldn’t resist. Neither should you!

Series Sponsor: The Estate of Edwina and Paul Heller

Anna Fedorova is one of the world’s premier young pianists. From an early age she demonstrated an innate musical maturity and astounding technical abilities. Her international concert career took off while she was a child, and she has appeared in some of the most prestigious concert halls of Europe, North and South America and Asia. We look forward to her program of fantasies.

“The Chopin Sonata No. 3 reveals a player of the highest sensitivity” – Fanfare