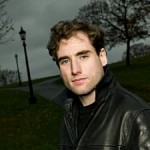 Our 32nd season opened this past Sunday with the Russian-born, Israeli-based pianist Boris Giltburg. He may be young (27 years), and he may not be a household name, but he left no doubt he is an artist to watch.

The buzz in the lobby at intermission was great: one woman described to me his ‘magic fingers’ and the beauty of the tone Boris summoned from the piano. No bashing here.

Boris’s program avoided the crowd-pleasing, bravura works that are often the mainstay of the recital stage, but his repertoire of Prokofiev, Bartok, Franck and Liszt still would have tested the mettle of any pianist. For me, what really set his playing apart were the breathtaking, gossamer pianissimos (if you attended the performance, think of the slow movement of the Prokofiev Sonata). Anyone who has played an instrument knows, it is one thing to make a loud sound, it is entirely different to produce the quietest tones and still have your instrument ‘speak’ with clarion tones.

Boris was charming and gracious in the question-and-answer session that followed his performance. It made the afternoon all that more special to have a glimpse into Boris’s life as a touring musician and his insight into his artistic choices.

Thank you Boris – it was a great way to begin the season!

We would love to hear what you have to say about our opening recital. You can leave your comments here.

PS  Boris graced us with two encores: the Rachmaninoff arrangement of Kreisler’s Liebesleid, and the Prelude in C sharp minor, again by Rachmaninoff.

The long-awaited American Repertory Theater production of The Gershwins’ Porgy and Bess has opened and the reviews are coming in. The critics are unanimous in their praise for Audra McDonald, who has set a new standard for this iconic leading lady of American opera.

“Ms. McDonald is Bess (or to use the hyperbolic speech of movie ads, ‘Audra McDonald Is Bess’),” exclaims New York Times theater critic Ben Brantley, “and she can claim rights to full possession of her role, the kind of ownership that transforms a classic character forever … Ms. McDonald’s performance is as complete and complex a work of musical portraiture as any I’ve seen in years. A four-time Tony winner for her work in both musicals and plays, Ms. McDonald combines the skills of a great actress and a great singer to stride right over any perceived gaps between the genres of musical and opera.”

The Boston Globe‘s Don Aucoin says that “in Audra McDonald, this production boasts a Bess for the ages,” citing, for example, her duet with Lewis on “Bess, You Is My Woman Now,” which he calls “a thing of beauty to watch and to hear.”

Audra McDonald performs at Vancouver’s Orpheum Theatre on Tuesday, October 11. Avoid ticket surcharges when you book through Cory at the Vancouver Recital Society: 604-602-0363.